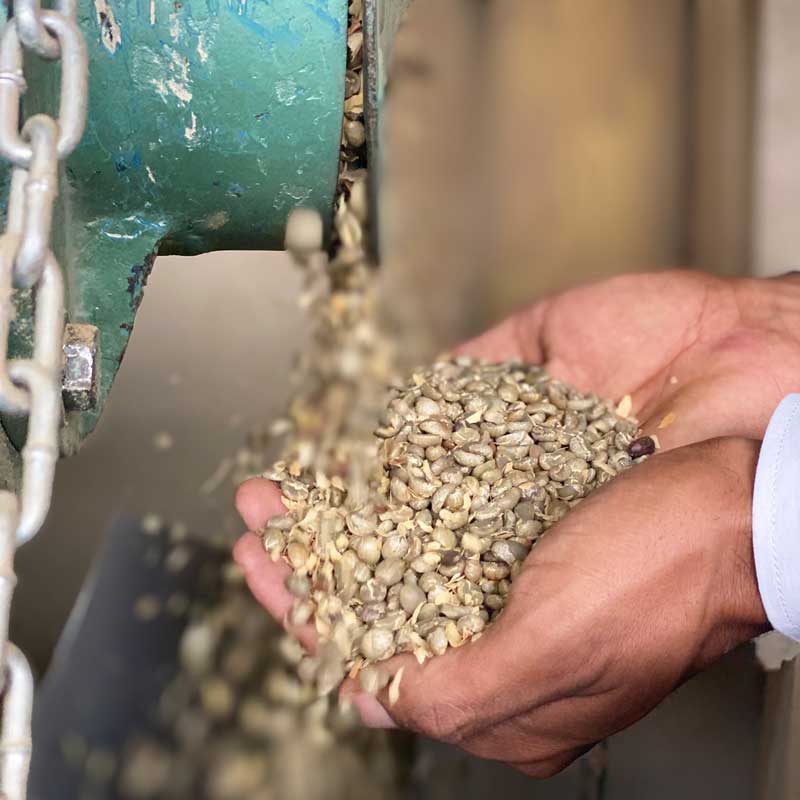 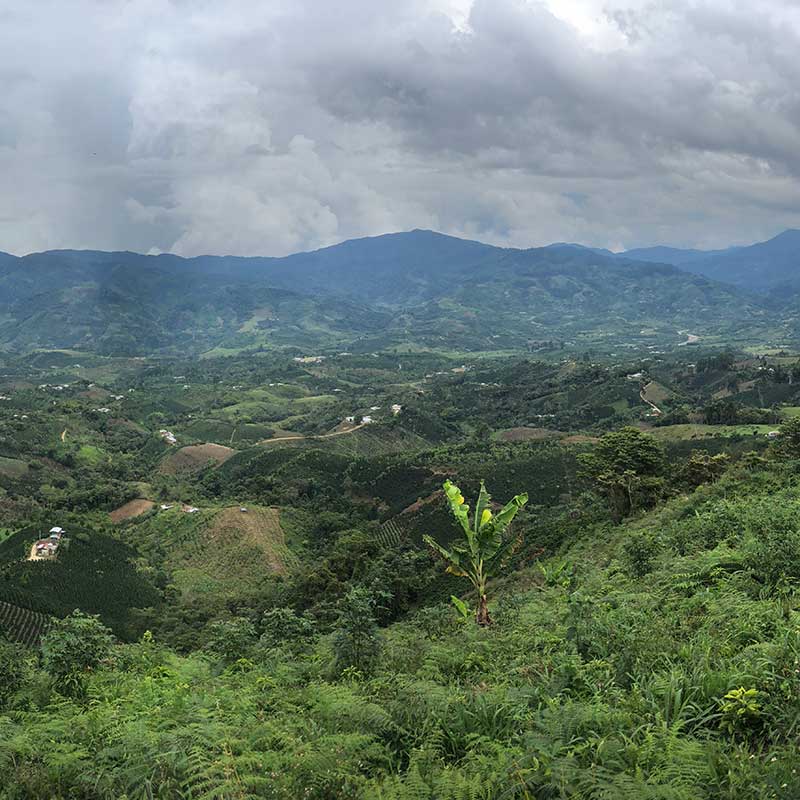 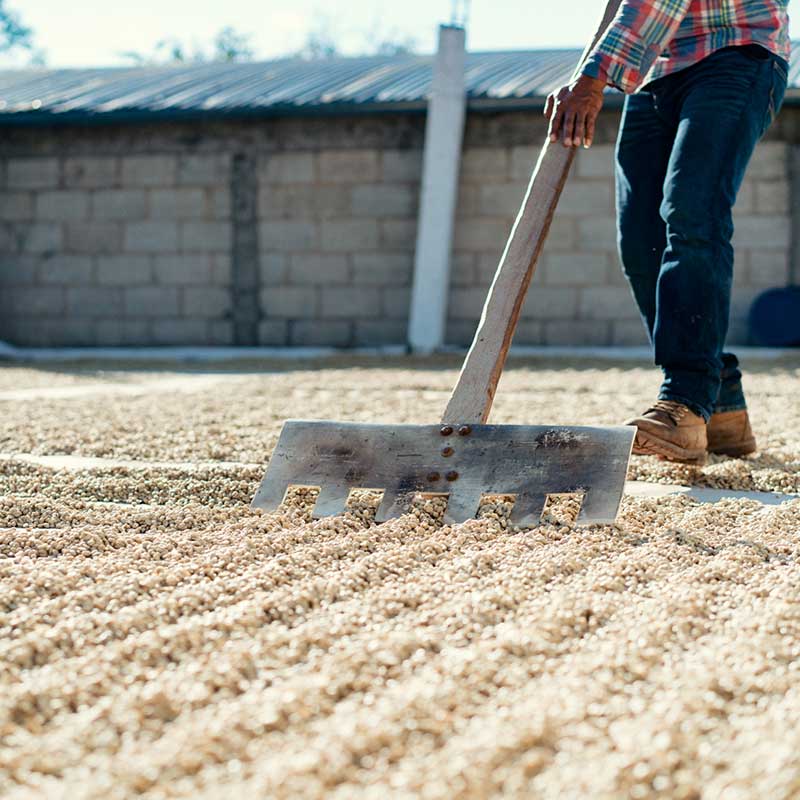 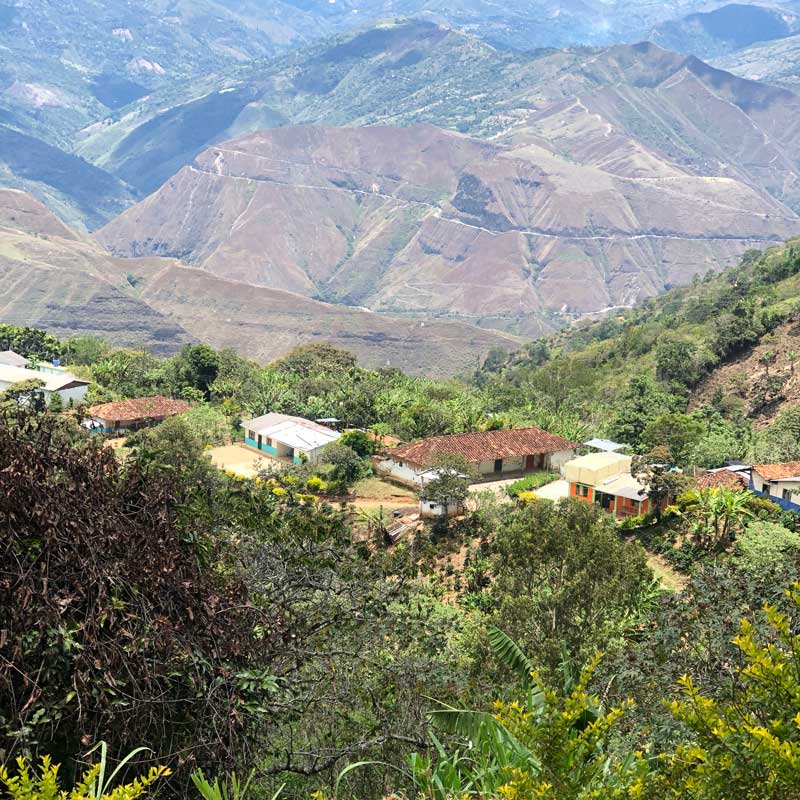 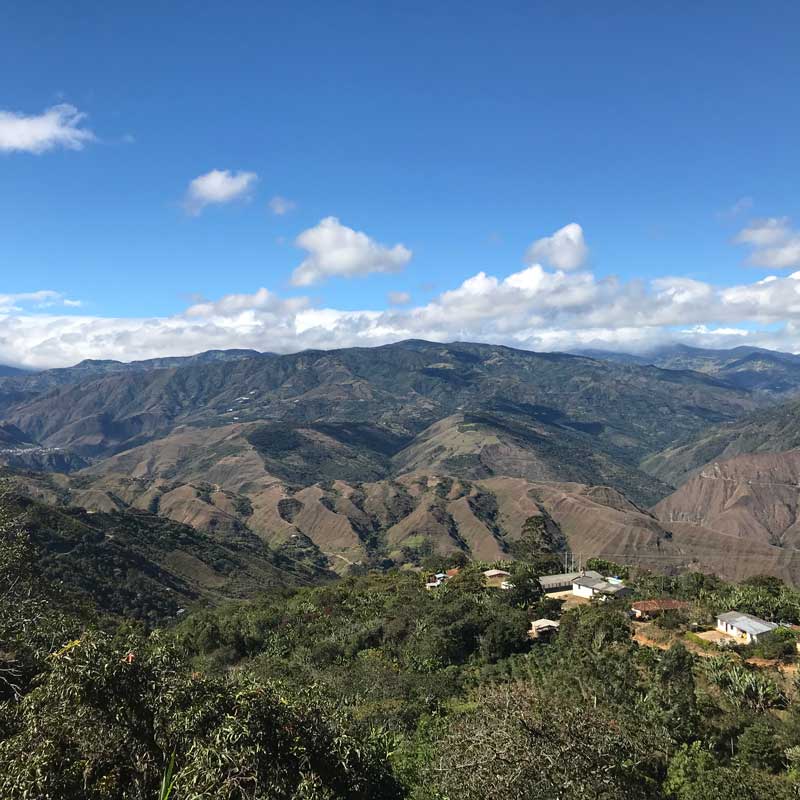 The coffee comes from producers in the Nariño region of Colombia. Several of the farms are small, but together they have created a lot that gives a score of 84-85 points on a quality scale (so-called Specialty Coffee). This makes it different from 99% of all decaffeinated coffee produced, due to both its high quality and its transparency.

To remove the caffeine in the coffee, natural Carbon Dioxide (CO2) is used. The method takes advantage of the fact that carbon dioxide, when compressed, behaves both as a gas and a liquid and can thus bind to the caffeine.

In the method, the steamed raw coffee beans are bathed in the compressed carbon dioxide and the caffeine is removed by filtration, in the same way as in the known Swiss Water process. The flavor components are retained in the bean throughout the process, instead of being leached and then returned (which happens in many other methods).

Through this natural method, the good taste of the coffee is retained, which is one of the reasons why we believe that this method is the method of the future for producing decaffeinated coffee.

MORE INFORMATION ABOUT THE COFFEE

The city of Buesaco is located high on a ridge in the Andes in the Nariño region of Colombia. Cooperativa de Cafés Especiales de Nariño has its offices, cupping lab and warehouse here, where the coop collects coffee from smallholders whose farms are hidden in the slopes that surround the city.

The cooperative collaborates with more than 300 small farmers throughout Nariño, who usually harvest coffee all year round. The lots are analyzed and bought and the farmers receive premiums in addition to the market price. These premiums stimulate high quality standards and good agricultural practices, such as avoiding the use of glyphosate and other chemicals. In particular, this amount of decaffeinated coffee consists of small batches of beans from farms around the Galeras volcano. 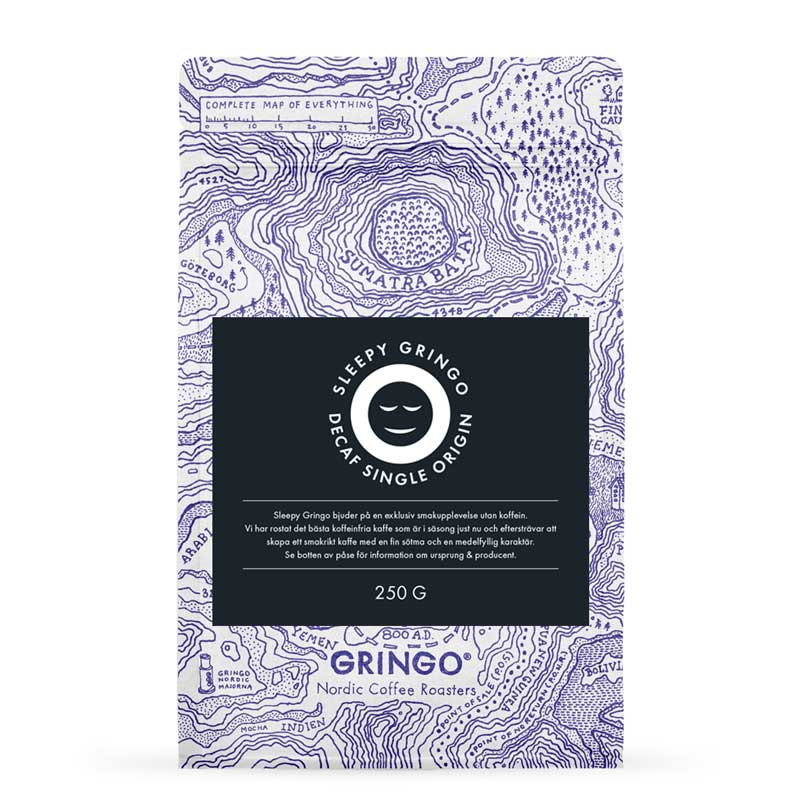 Suitable for brewing in Aeropress, pour over & espresso.

This website uses cookies to improve your experience while you navigate through the website. Out of these, the cookies that are categorized as necessary are stored on your browser as they are essential for the working of basic functionalities of the website. We also use third-party cookies that help us analyze and understand how you use this website. These cookies will be stored in your browser only with your consent. You also have the option to opt-out of these cookies. But opting out of some of these cookies may affect your browsing experience.
Necessary Alltid aktiverad
Necessary cookies are absolutely essential for the website to function properly. These cookies ensure basic functionalities and security features of the website, anonymously.
Functional
Functional cookies help to perform certain functionalities like sharing the content of the website on social media platforms, collect feedbacks, and other third-party features.
Performance
Performance cookies are used to understand and analyze the key performance indexes of the website which helps in delivering a better user experience for the visitors.
Analytics
Analytical cookies are used to understand how visitors interact with the website. These cookies help provide information on metrics the number of visitors, bounce rate, traffic source, etc.
Advertisement
Advertisement cookies are used to provide visitors with relevant ads and marketing campaigns. These cookies track visitors across websites and collect information to provide customized ads.
Others
Other uncategorized cookies are those that are being analyzed and have not been classified into a category as yet.
SPARA OCH ACCEPTERA